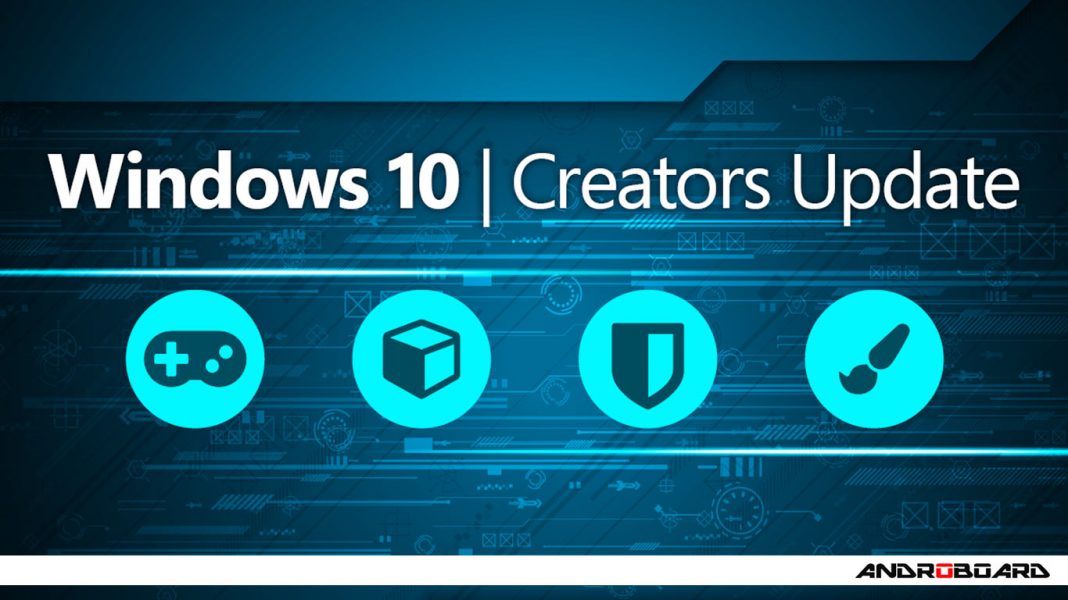 Windows 10- codenamed initially as ‘Redstone 2’ seems to never stop from growing. With endless updates and revisions turned up his year it feels as if Microsoft wants to perfect its work of art. The latest Windows 10 Creators update has many goodies tied to itself. While not every feature that Microsoft promised at the Creators Update’s reveal last fall actually made the final cut, it’s still overflowing with helpful new extras, polish rough edges to make things more fun.

Creators update includes a host of new features. If you already have a Windows 10 PC and have automatic updates enabled, the update will be delivered to you when it’s ready. A few remarkable changes have been made to this version of Windows that users will gladly embrace.

The first change you’ll notice in the Windows 10 Creators Update is literally the first thing you’ll see when you boot up: An improved installation process. It has introduced an easy-to-parse privacy dashboard that’s now integrated directly into the installation setup. 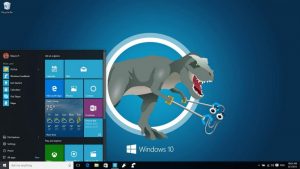 Three-Dimensional Change
Microsoft is making a big bet on 3D creativity with the Creators update. This is the company that bought Minecraft, after all.

A new Paint 3D application included with Windows 10 allows you to work with and create 3D models. Windows also comes with a “View 3D Preview” app that allows everyone to open 3D models, view, rotate around, and zoom in. Currently, it supports .fbx and .3mf file types. 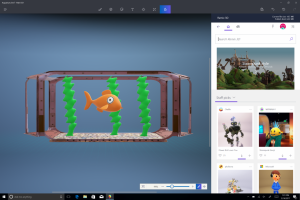 In addition, the Microsoft Edge browser now supports 3D content. It can be used to upload and download 3D models—including models exported from Minecraft and SketchUp—from Remix3D, a community website created by Microsoft. Windows can then print any type of 3D model to a 3D printer, which means Minecraft players can bring their creations into the real world.

Microsoft PowerPoint gains 3D models and cinematic 3D animations for transitions like Morph, so those 3D models can be incorporated into presentations. Microsoft will be adding more 3D features to Office applications like Word and Excel over the next year. 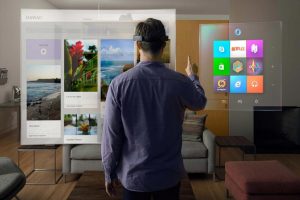 Mixed Reality
Mixed Reality—which includes Augmented Reality, Virtual Reality, and Holographic computing, according to Microsoft—is another big focus. “Windows Mixed Reality” is the new name for “Windows Holographic”, and it works hand in hand with the 3D support. Microsoft’s own HoloLens headset, for example, is a mixed reality headset. It allows you to see through the headset to the real world, and digital images are superimposed on that image of the real world.

With HoloLens, you’ll be able to download a 3D model from Edge or create one in Paint 3D and virtually place it somewhere in the real world.
You’ll be able to create a custom space in virtual reality and decorate it with your own furniture and apps, like you would to your room. Apps can be placed on shelves. There’s also a new application called HoloTour, which lets you explore locations around the world using a virtual reality or augmented reality headset. 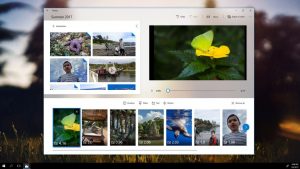 Story Remix
New from Microsoft, Story Remix is a movie-making app that takes your photos and videos and turns them into so-called stories with their own soundtrack, theme and cinematic transitions. It appears to be a cross between Apple’s iMovie, Google’s Photos stories with a pinch of Snapchat thrown in for good measure.

It’s powered by the cloud which means it’ll work on Windows, Android, and iOS and you can start on one device and finish on another.

Microsoft Edge
Microsoft Edge is gaining support for WebVR, a standard that will allow websites to deliver virtual reality experiences, just like desktop applications. WebVR was originally developed by Mozilla and Google is also working on WebVR support for Chrome.

Most excitingly, though: Microsoft is partnering with Acer, Asus, Dell, HP, and Lenovo to create mainstream mixed reality headsets. Best of all, headset prices will start at $299, so they’ll be much more affordable than Microsoft’s own $3000 HoloLens hardware. These headsets won’t need a very expensive PC, either. These headsets will even work with Intel integrated graphics, as long as you have the Kaby Lake series of Intel graphics or newer. 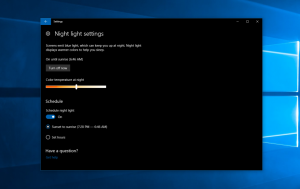 Night Light
Windows 10 now has a “Night Light” feature, which was known as “Blue Light” in earlier builds of the Creators Update.

Night Light works similarly to the venerable ‘f.lux’ utility. It makes color temperatures warmer at night so it’s easier on your eyes and easier to get to sleep right after using the computer, in theory. Many operating systems have been adding this feature lately, like iOS with Night Shift. 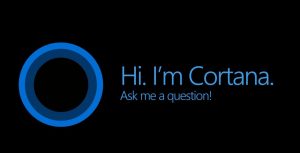 Advanced Cortana
Speaking of Cortana, the digital assistant picked up some new tricks. Cortana is gaining a new full-screen mode, too. When your PC is unlocked and idle, you can say “Hey Cortana” and Cortana will appear in a full-screen interface, allowing you to read the screen from across the room. The Windows 10 Creators Update finally gives Cortana the ability to set recurring reminders. Cortana recently gained the opt-in ability to scan your Office 365 or Outlook email account for commitments you’ve made and automatically configure reminders. Cortana will toss you a reminder when that time comes—no action needed on your end. Cortana now supports voice playback controls for the iHeartRadio and TuneIn apps. You can also ask Cortana what song is playing, and it will tell you.

High-Resolution Streaming
The Creators Update lets you play Netflix videos at 4K support compared to 1080p in the earlier versions. You’ll need a 4K monitor and a bleeding-edge PC with an Intel Kaby Lake processor, though—and hopefully no data cap.

If you’re a tab addict, you might love Edge’s last major addition: the ability to set aside tabs for later perusal. At any point, you can click the new Set these tabs aside button to the left of the URL bar to whisk them away to a new holding pen for later re-summoning.

Microsoft’s Game DVR feature, which already can record a video of your gameplay in the background and upload it to social services, is gaining a “Broadcast” button. It’ll be able to stream your gameplay to Xbox Live in real time, and your Xbox Live friends will receive a notification that you’re broadcasting. This will be built into both the Xbox One and Windows 10 PCs. It’s powered by Beam, a service Microsoft purchased in August. 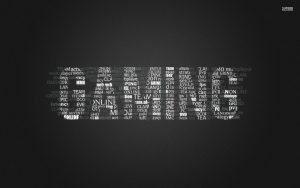 Game Streaming
Creators Update gives you the ability to stream games to your Xbox Live friends via Microsoft’s Beam service. It’ll probably be most useful if you primarily game on an Xbox console and have a deep friends list there. You can start streaming your games by opening the Game Bar using the Win + G command and selecting the streaming option.

The Creators Update’s new Game Mode can potentially speed up and smooth out your gameplay by dedicating a given number of your CPU’s threads and your graphics card’s processing cycles to your game, reducing the threat of background tasks influencing performance. Microsoft predicts a 2 to 5 percent performance uplift in CPU- or GPU-bound games.

Windows Update
Windows Update will see some huge changes, with Microsoft adding options many Windows users have been asking for. You can now pause updates for up to 35 days.

Windows Privacy
Microsoft is finally trying to allay some of the concerns about Windows 10’s privacy settings. First, there’s a new Your Privacy page for your Microsoft account. This page allows you to see the information stored about you and delete it if you like. It provides more information about what information Microsoft is collecting and why. The Windows 10 setup experience you see when setting up a new PC is changing, too.

To conclude:
These flagship features are just the tip of the iceberg, though. Microsoft’s upgrade is utterly brimming with new goodies and tweaks. This rabbit hole goes deep.