Bitcoin is a hotbed of Innovation

What is a Bitcoin?

Bitcoin is a digital currency, created and held electronically. It is like conventional dollars, euros, and yen, which is traded digitally. They are produced by people. The most important characteristic of a Bitcoin that makes it different from conventional money, is that it is decentralized. No single institution controls the bitcoin network. This puts some people at ease, because it means that a large bank can’t control their money.

There are no transaction fees and no need to give your real name. More merchants are beginning to accept them: You can buy web hosting services, pizza or even manicures with Bitcoin.

It was created in 2009 by Satoshi Nakamoto but his identity is still unknown. The idea was to produce a currency independent of any central authority, transferable electronically, more or less instantly, with very low transaction fees. 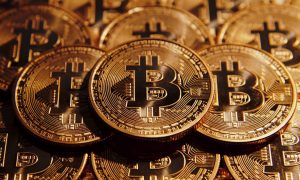 Bitcoin is all about being Anonymous

Users can hold multiple bitcoin addresses, and they aren’t linked to names, addresses, or other personally identifying information. bitcoin stores details of every single transaction that ever happened in the network in a huge version of a general ledger called the blockchain. The blockchain tells all. If you have a publicly used bitcoin address, anyone can tell how many bitcoins are stored at that address. They just don’t know that it’s yours.

As I have mentioned earlier, no one prints Bitcoins. This currency isn’t physically printed by a central bank. Instead, bitcoin is created digitally, by a community of people that anyone can join since the network is open source. Bitcoin network is secured by individuals called ‘Miners’. This network also processes transactions made with the virtual currency. 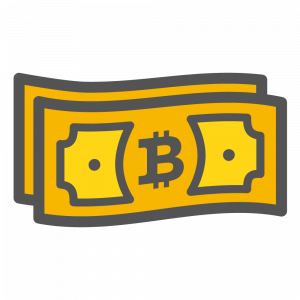 Although it is open source, you can’t churn out unlimited bitcoins. According to the Bitcoin protocol, only 21 million bitcoins can ever be created by miners.

Why are they used?

Bitcoins can be used to buy merchandise anonymously. In addition, international payments are easy and cheap because bitcoins are not tied to any country or subject to regulation. Small businesses might use them as there are no credit card fees. Some people just buy Bitcoins as an investment, hoping that they’ll go up in value.

Several marketplaces called “bitcoin exchanges” allow people to buy or sell bitcoins using different currencies. Mt. Gox is the largest Bitcoin exchange. Although the website suddenly shut down some time back causing huge losses to the people who had invested in Bitcoin.

People can send Bitcoins to each other using mobile apps or their computers. It’s similar to sending cash digitally.

People compete to “mine” bitcoins using computers to solve complex math puzzles. This is how bitcoins are created. Currently, a winner is rewarded with 25 bitcoins roughly every 10 minutes.

Bitcoins can be stored in a “digital wallet,” which exists either in the cloud or on a user’s computer. The wallet is a kind of virtual bank account that allows users to send or receive Bitcoins, pay for goods or save their money. Unlike bank accounts, Bitcoin wallets are not insured by the FDIC. 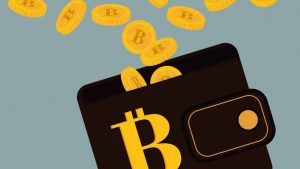 Bitcoin Wallet is not as safe as you might think. Everything is in cloud and servers have been hacked previously. Many companies have fled with clients’ Bitcoins too. Also, there is a threat of Viruses attacking your wallet since it is in your computer.

Though each bitcoin transaction is recorded in a public log, names of buyers and sellers are never revealed. Only their wallet IDs is being tracked. This keeps Bitcoin users’ transactions private. It also lets them buy or sell anything without easily tracing it back to them. That’s why it has become the currency of choice for people online buying drugs or other illicit activities.

It is the first cryptocurrency in the world. While governments are more concerned about taxation and their lack of control over the currency, no one knows what will become of Bitcoin. It is mostly unregulated, but that could change in the future.