A lot was revealed on the second day of build 2017 future of Windows 10 at the annual Build developers conference in Seattle. The company revealed the next major update for Windows 10 and it will be called the Fall Creators Update.

The Redmond-based giant took everyone by surprise when it announced that Apple will be bringing iTunes to the Windows store. Let’s find out all the relevant announcements from the second day of Microsoft Build developers conference.

Fall Creators Update, Cloud Clipboards, Timelines, and ‘Files on Demand,’ Oh my!
Windows Creators update made it first to the list. Terry Myerson, Microsoft’s executive vice president of the Windows and devices group, revealed the Fall Creators Update for its Windows 10 operating system. The latest update, likely to arrive in September, will bring a lot of features.

It has a new feature called Clipboard, which is a cloud-based feature that basically enables copy and pasting between Windows 10, iOS and Android devices.

Next up is Timeline, which will display a timeline consisting of the tasks you have done in the past. For example, if you were editing a Word document last week but want to continue editing it today, all you need to simply open up Timeline and get back to the editing mode.

Then there’s something called “Pick Up Where You Left Of”, which will enable users to continue their work on a number of different devices. This Cortana-based feature will work across Windows, iOS, and Android. 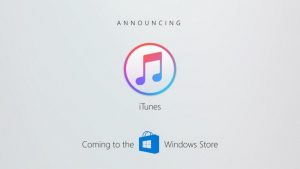 Reaching out to iOS developers
The tech giant launched its Project Rome SDK in a preview for iOS. First launched for Android apps, Project Rome lets developers connect apps across devices, allowing for starting a task on one device and completing it on another.