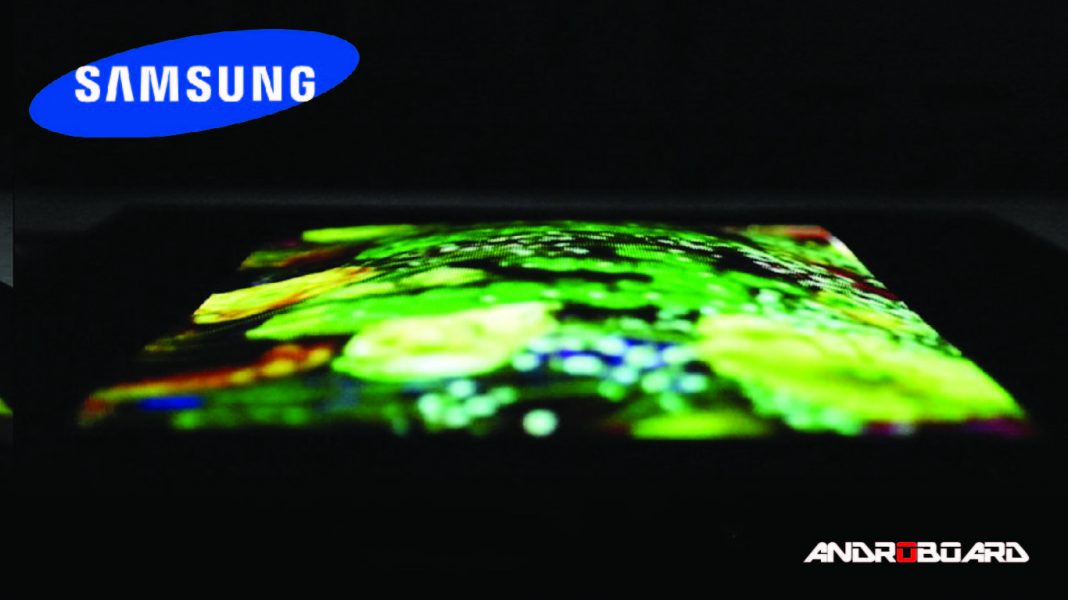 The company has developed new OLED screen technology that can be used in wearables, cars and other devices

Samsung this week showed off new display technology at the Display Week, a conference on display technology, hosted by the Society for Information Display, and it’s got some wild new screen prototypes to show off.

The Screen looks kind of like a trampoline. With a 9.1-inch OLED display that can roll, bend, and even stretch when pushed on before snapping back to its original position. And unlike most other flexible screens out there, which tend to only be able to be bent in one direction, Samsung’s prototype can bend in both. There’s no plans on when, or even if, a screen like this could show up on an actual product, but it’s certainly impressive.

When you press the screen from above, it depresses like a rubber balloon, Samsung said, then bounces back to its original flat shape

Next up is a 1.96-inch LCD with a 3840 x 2160 4K resolution, which could one day show up in a VR or AR headset for even clearer images, without the issue of visible pixels that can occur with today’s headsets. For comparison, each screen on an Oculus rift has a 1080 × 1200, making Samsung’s display a marked improvement, assuming it ever makes it way to market.

Lastly, Samsung showcased a 5.09-inch OLED screen that offers glasses-free 3D. Given that 3D displays have largely fizzled out in the past (even Nintendo is abandoning the concept with the New 2DS XL), it’s hard to be as excited about the idea, but maybe Samsung has figured out a way to make it work.

The company’s technology lets the display maintain its original image quality while increasing the screen depth up to 12mm when the display is pressed.

The technology is only a prototype right now, and Samsung couldn’t say when it could show up in real products. But the company predicted that it may one day be used for wearables, internet of things devices, and automotive and artificial intelligence applications.

According to Samsung, these displays can be weaved on an information screen tag in a hospital patient’s garment to instantly give updates on the patient’s medical status. The texture could be similar to fabric so it would be comfortable. Or in self-driving cars, the display could be stretched across the front dashboard, curving with the natural shape of the interior instead of requiring a flat, large display. And for robots, the stretchable display could be used as a face or three-dimensional button that can instantly change from flat to convex shape.

Along with being the world’s biggest phone and TV maker, Samsung also has huge operations making displays and other components. It uses those displays in its own products and also sells them to other device makers. As people get bored with smartphones and other devices, companies like Samsung are looking for ways to make the gadgets innovative and exciting again. That includes incorporating advanced screen technologies.

When it comes to futuristic displays, Samsung is one of the market leaders. Its flexible displays are used in its Galaxy S8 and S8 Plus phones. Those devices don’t actually bend, but the flexible characteristics are what allow the screen to curve around the sides of the phone.