Nintendo, one of the world’s largest video game company has announced a “New Nintendo 2DS XL Dragon Quest Liquid Metal Slime Edition”. It is due to come out alongside Dragon Quest XI: In Search of Departed Time in Japan on July 29. 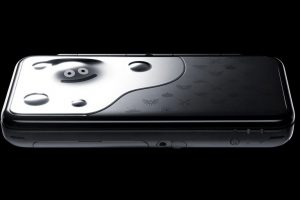 The new hardware will set you back 22,480 yen (plus tax) and it comes with:
1. A Dragon Quest Liquid Metal Slime-themed New Nintendo 2DS XL handheld
2. A retail copy of Dragon Quest XI: In Search of Departed Time for the Nintendo 3DS, with a download code for first-run bonuses “Vest of Happiness” and “Upstart Vest”
3. A Liquid Metal Slime 3DS theme code

It has a cute metallic body and looks sleek with a stylish exterior. The Metal Slime look of the Nintendo’s Metal Slime is pretty great. It is far much better than the $99 model Nintendo released last year for Black Friday. It is a lot more expensive, though: it’s priced at 22,480 yen (about $200), compared to the $149.99 for the standard New 2DS XL.

Pre-orders are currently up via Amazon Japan.