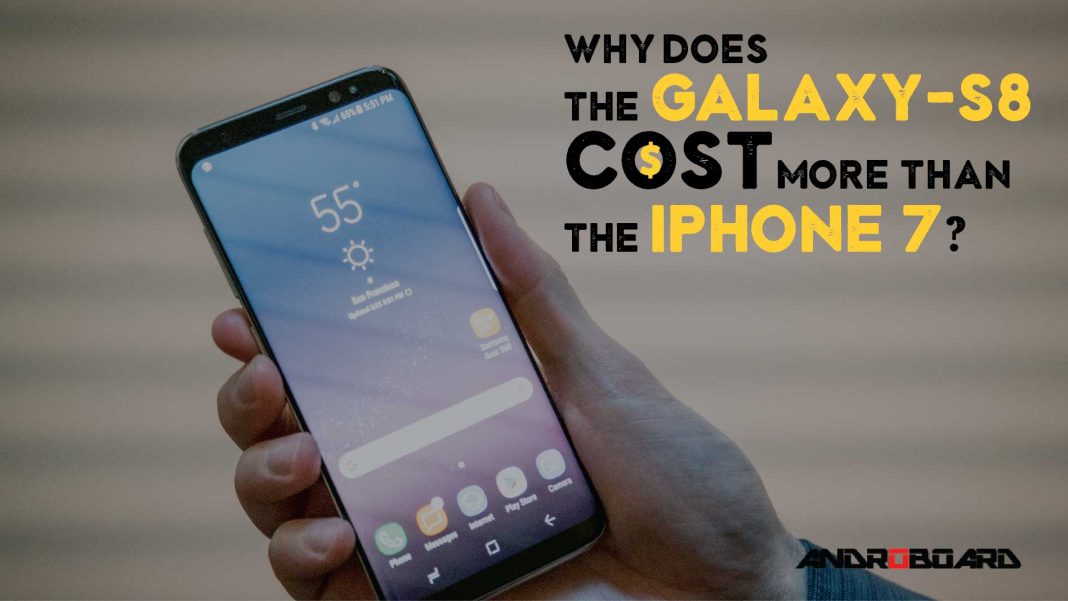 Sold at an extravagantly high cost of $720, the Galaxy S8 has turned into the hotly debated topic among the Samsung fans. Unarguably the Galaxy S8 is Samsung’s most imaginative cell phone till date. However that shouldn’t be the reason why it is so costly. Let’s find out the real reason.

It’s not hard to perceive any reason why the Galaxy S8 is a costly gadget to deliver.  It’s one of the few smartphones that pushes the boundaries when it comes to design. While the company takes a toll on the basic manufacturing costs and bill of materials..

As indicated by a report, the Galaxy S8 is costlier to manufacture when compared with its forerunners or even its rivals the Apple iPhone 7 and the Google Pixel.

According to an estimate by a market research and analytics firm- HIS Markit, “The new Samsung Galaxy S8 is furnished with 64 gigabytes (GB) of NAND flash memory that carries a bill of materials (BOM) cost that comes out to $301.60, much higher than for previous versions of the company’s smartphones,”

As indicated by a similar report, if the basic manufacturing costs are added which could come up to $5.90, Samsung’s aggregate cost to make the Galaxy S8 ascends to $307.50. The company is supposed to offer a 64GB Galaxy S8 for around $720. This leaves a margin of approximately $412 for Samsung.

While the bill of materials (BOM) and calculated cost for manufacturing for an iPhone 7 equipped with 32 gigabytes (GB) of NAND flash memory sets back Apple by $224.80, the same calculation for Pixel sets back Google by $285.75 — much less than S8’s $301.60 expense.

Be that as it may, this implies Samsung needs to spend $43.34 more on one unit of S8 when contrasted with Galaxy S7 and $36.29 higher than the aggregate form cost of the Galaxy S7 Edge. So much to stay ahead in the good list of the customers.