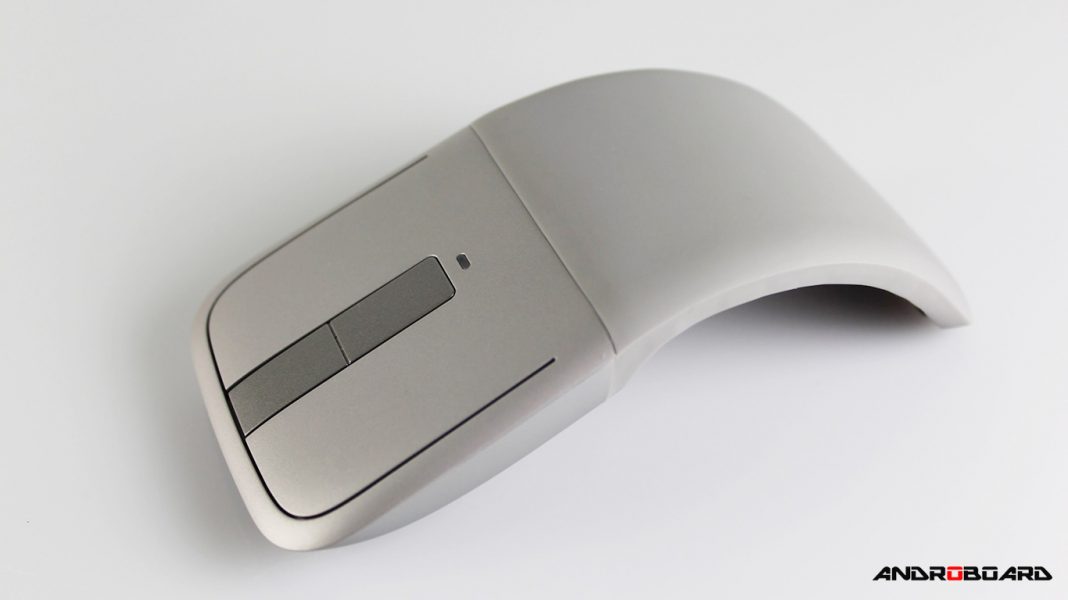 “slim, light, and ready to travel”

Microsoft’s new Surface Laptop took the spotlight yesterday after its launch in New York. The company has also launched the new version of its Arc Touch Mouse – called the Microsoft Surface Arc Mouse. The mouse is built to compliment the Surface Pro; hence both the devices were launched together.

The mouse still comes with the same arc design that provided a distinct look to the earlier versions. The latest iteration doesn’t have distinguishable left and right click buttons as before. Microsoft has also unveiled a new peripheral, designed to match the sleek lines of its premium notebook. Like Microsoft’s older Arc Touch Mouse, the new accessory is completely flat when stowed in your bag. It can also be ‘snapped’ and locked into a curved shape. Snap, it back to its flat position, and the powers goes down. Users simply need to snap the mouse into its curved position in order to power up the new Microsoft Surface Arc Mouse.

The new mouse comes with two buttons (left and right click) but on a single surface. It features a capacitive touch ‘full scroll pane’. The use of Bluetooth 4.0 limits its use with certain Apple and Windows 7 machines. The accessory comes with 2 AAA alkaline batteries. As per the company, the mouse has a battery life of up to 9 months. The Surface Arc Mouse has frequency range of 2.4GHz.

The Surface Arc Mouse comes in three colors, two of which match those of the new Surface Laptop. It also features a touch-sensitive ‘scroll plane’, allowing users to swipe their finger across its surface to scroll up and down, or left and right. The mouse connects to a device via Bluetooth 4.0, and is fully supported on Windows 8, 8.1 and 10.

You can pre-order the Surface Arc Mouse now for $79.99 in the US, with shipments beginning on June 15.