The Xiaomi Mi 5 is very similar to its ancestor Mi 5 in terms of shape and size. However, the new flagship looks more refined and premium with four-sided curved glass on four sides, and a frame made of stainless steel. The Mi 6 has a fingerprint sensor under the front glass, which adds to the overall aesthetics. The new fingerprint sensor implementation by Xiaomi is in line with what other companies including Samsung are reportedly trying to achieve.

During their launch in China, Xiaomi claimed that the stainless-steel enclosure is resistant to wear and tear. Additionally, the Mi 6 has a splash-resistant body, with the SIM tray also sealed against liquid damage. We expect that we will be able to get a better idea of the durability of this phone when it is more widely available. Taking about its specifications the phone comes with a 5.15-inch touchscreen display with a resolution of 1080 pixels by 1920 pixels at a PPI of 428 pixels per inch. 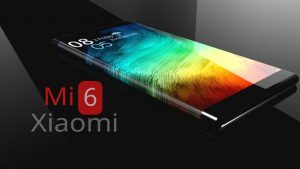 It is powered by 2.45GHz octa-core Qualcomm Snapdragon 835 processor and 6 GB of RAM. The phone packs 64 GB of internal storage cannot be expanded. As far as the cameras are concerned, the Xiaomi Mi 6 has a 12-megapixel primary camera on the rear and an 8-megapixel front shooter for selfies. The company claims that its binocular stereoscopic vision imaging and depth learning algorithms make edge recognition more accurate in photos.

The Mi 6 runs MIUI 8 based on Android 7.1.1 Nougat. The device has a premium appeal because of its curved glass design high-gloss outline. The Mi 6 ships with a Smart Assistant feature that is customizable. The Smart Assistant lets users call up frequently visited places and preferences, after which it can show traffic route suggestions.

The Xiaomi Mi 6 would be the first one with a Snapdragon 835 processor to be launched in India. We will have to wait for the company’s confirmation of the launch in India.