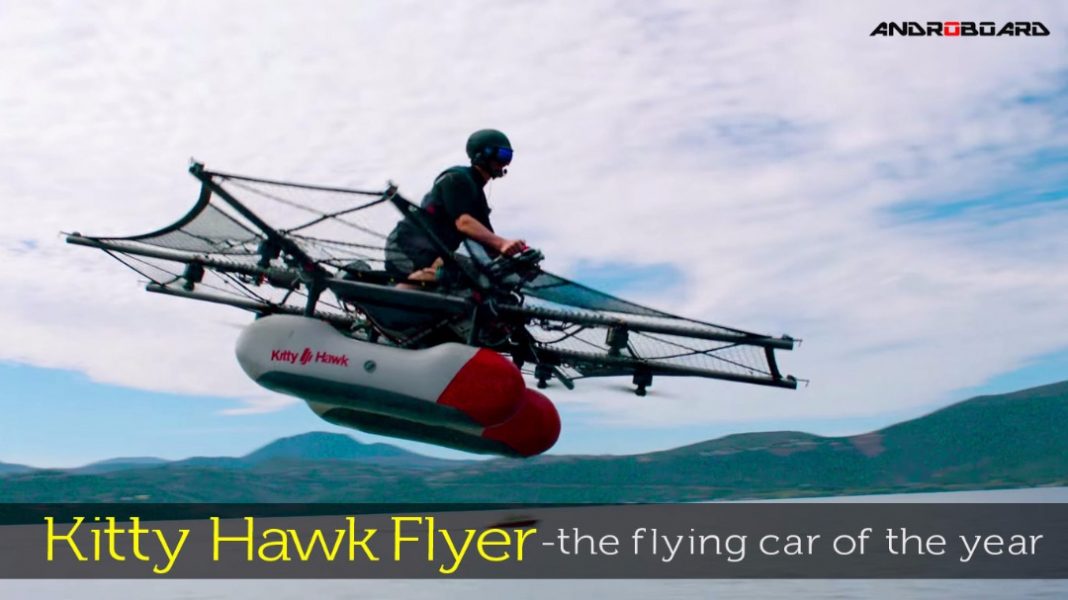 With the backing of Google’s Larry Page, the US based startup Mountain View has designed its first in the series of personal flying vehicles.  providing a limitless opportunity for its prospective buyers.

Kitty Hawk ran its first test at a lake near San Francisco. According to reports, it resembles a motor bike with open air design and pontoons to facilitate its water landing. The Kitty Hawk Flyer is an all-electric aircraft designed only for a single rider. It is safe, tested and legal to operate in the United States in non congested areas under the Ultralight category of FAA regulations. Guarded by eight rotors the electric car is as loud as a speed boat but the good part is that it is environment friendly.

The working prototype of the Kitty Hawk flyer was publicly demonstrated a few days back. The first release is built specifically to fly over water. The functionalities are easy to understand and as of now no license is required to drive this electric car.

The company is also led by CEO and former Google self-driving car project originator Sebastian Thrun, along with Cameron Robertson and Todd Reichert, two University of Toronto aerospace engineers. They are the master mind behind this project.

The first vehicle of the series is designed for hobbyists for their recreational use. But the company still has its sights set on making flying cars a practical reality for broader use, as a medium to alleviate urban traffic congestion. Kitty Hawk is expected to have its official sale by the end of this year.

While you can’t yet order the Flyer, you can pay a one-time fee of $100 to become “Flyer Discovery Member,” which will provide you will access to Kitty Hawk stuff in advance of release, including a flight simulator and demonstrations, and behind the scenes videos. You’ll also get “priority placement” in the pre-order line, when it does open, and a $2,000 discount off the selling price (which suggests it’ll be at least in the six-figure range).