Call them what you like: self-driving cars, autonomous vehicles, auto piloted rides. The bottom line is that they are changing the way we drive — or don’t drive — our cars today. As tech features begin to rival the importance of torque and horsepower, consumers are shifting to a new class of vehicles that stay connected to smartphones, parallel park themselves and even brake before collisions.
Earlier this month, Apple joined a growing list of auto piloted car makers with its self-driving car called Lexus. Apple’s interest in expanding its technology into automobiles began swirling in 2015. It was speculated that the company had begun secretly working on building its own electric car under the project name “Titan”. Apple never confirmed the existence of Titan, which is now believed to be dead. 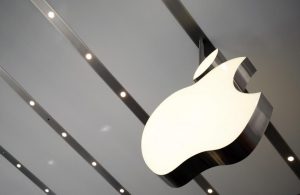 The Lexus RX450h SUV finally emerged from an Apple facility this week kitted with an array of sensors. The sensors included Velodyne Lidar Inc.’s top-of-the-range 64-channel lidar, at least two radar and a series of cameras.
The California Department of Motor gave Apple clearance to carry out trials with three vehicles earlier this month. The permit covers three vehicles – all 2015 Lexus RX 450h hybrid SUVs – and six individual drivers. But as per the self-driving car laws in California, there must be a driver take control if something goes wrong.
Apple Inc. and Tesla Inc. have asked the California DMV to make changes in the state’s proposed policies on self-driving cars. Lawmakers are rewriting legislation to allow the testing of autonomous cars without the presence of a driver, though the ability to intercede remotely would be required. Apple also held talks about licensing its technology to carmakers including Volkswagen AG and BMW AG