While members of AMD have marked their calendars for Computex, the annual tech convention in Taipei, rumors are that the company will be providing new details on its 2017 products. It is believed that Computex will be more about and a possible product launch for Vega.

Computex takes place from May 31 to June 3, with AMD scheduling its press conference for the first day of the convention at 10:00 AM. It makes sense that AMD would use Computex as a launchpad for Vega, as there are no other major events scheduled between then and the end of June. AMD has already stated it plans to launch Vega sometime in the current quarter. That gives it until the end of June.

Dr. Lisa Su, CEO of AMD will host AMD’s keynote, along with “other key executives,” as per the resources. They will discuss AMD’s “latest products and leading-edge” technologies. With AMD’s bigwigs in attendance, this suggests that not only might Vega be a point of emphasis, but perhaps enthusiast Ryzen processors, codenamed as Whitehaven as well. The past year has seen AMD bringing innovation and competition back to the high-performance desktop market with the release of Ryzen processors and we look forward to providing new details on 2017 products and the ecosystems, both OEM and channel, that will support them. 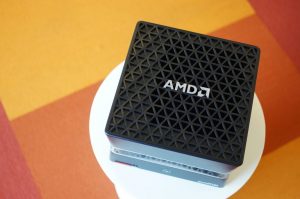 The company has recently released another generation of its Polaris GPU architecture to hold a place in line for Vega, and the Radeon RX 500 series does offer some decent performance at competitive pricing. However, AMD fans and gamers, in general, are mostly looking forward to Vega, which the company hopes will finally let it compete at the high end against Nvidia’s Pascal architecture.

We are still optimistic about Whitehaven. Engineering samples for AMD’s forthcoming enthusiast grade Ryzen CPUs were recently spotted in the wild, each one wielding 16 physical cores and 32 threads. It’s rumored that Whitehaven will require a new socket, just as Intel’s enthusiasts chips do, to accommodate a bump to quad-channel memory support and more PCI-Express lanes.

This summer is turning out to be interesting.