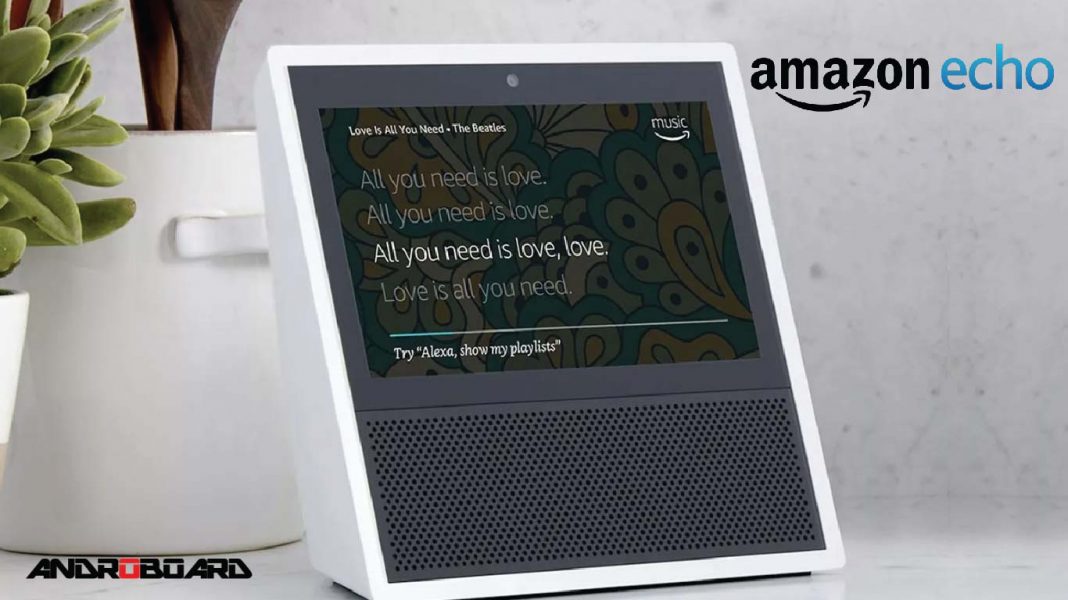 A dense cloud of rumors was formed regarding the Amazon Echo Show. The company has finally cleared up the skies by unveiling its Echo Show to its customers yesterday. It is the first platform for Alexa to kickstart as an Assistant. Echo Show contains an array of microphones that are always listening for the “Alexa” wake word. The Amazon Echo Show comes in black and white variant and resembles an old kitchen counter-top TV set.

The Echo Show is basically a cuboid Echo with a touchscreen and camera attached to it. It supports all of the far-field voice commands as the original, so you can use it to play music, control smart home gadgets, add items to a shopping list, check the weather, and do thousands of other things.

The new screen provides a way for the Show to display its answers in addition to speaking them aloud. It will display cards for the weather, products to buy on Amazon, videos on YouTube, and whatever else developers think of.

But what’s most interesting, is its ability to be used as a calling device. Along with the Echo Show, Amazon is launching a new communications platform for Alexa devices, which allows for calling and messaging between Echo units and smartphones that have the Alexa app installed. A feature called ‘Drop In’ lets the devices connect instantly, without requiring someone to “answer” the call. This allows the Echo Show to be an always-ready, internet-connected video intercom that you can call from anywhere in the world using your smartphone.

FaceTime and similar services have their own limitations: they need a smartphone, tablet, or computer open and available and for the other party to answer the call. A video intercom that’s always on and ready for a call has no such limitations. 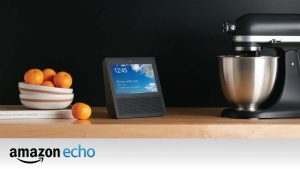 Amazon has been leaning on its vocal digital assistant to spread the company’s artificial intelligence system everywhere, certainly beyond the original Echo speaker, into phones, appliances, and other products. There are some 12,000 Alexa “skills” now to compete with Google Home and its own vocal Google Assistant.

Both the Echo Show is relatively affordable for what it provides, especially when you compare it to the cost of a traditional in-home intercom system that doesn’t even provide a way to connect from the outside. The Amazon Echo Show is currently available to pre-order on Amazon for $229.99 in black or white. The device will be released on June 28, 2017. Amazon is taking off $100 off the total price for people who buy a pair to encourage customers to engage in two-way video exchanges, by gifting friends and family with the second device.
Echo Show can be used to buy ingredients for your meal, not to mention the myriad other items you can purchase through the retailer. Alexa, on the other hand, can announce the results of a ball game, for example, you can watch highlights or check out a box score. Rather than have Alexa read your upcoming appointments, it can also show you your calendar. And if Echo Show is in the kitchen, Alexa might help you prepare a feast on command: “Alexa, show Chocolate Cake recipes on YouTube.”