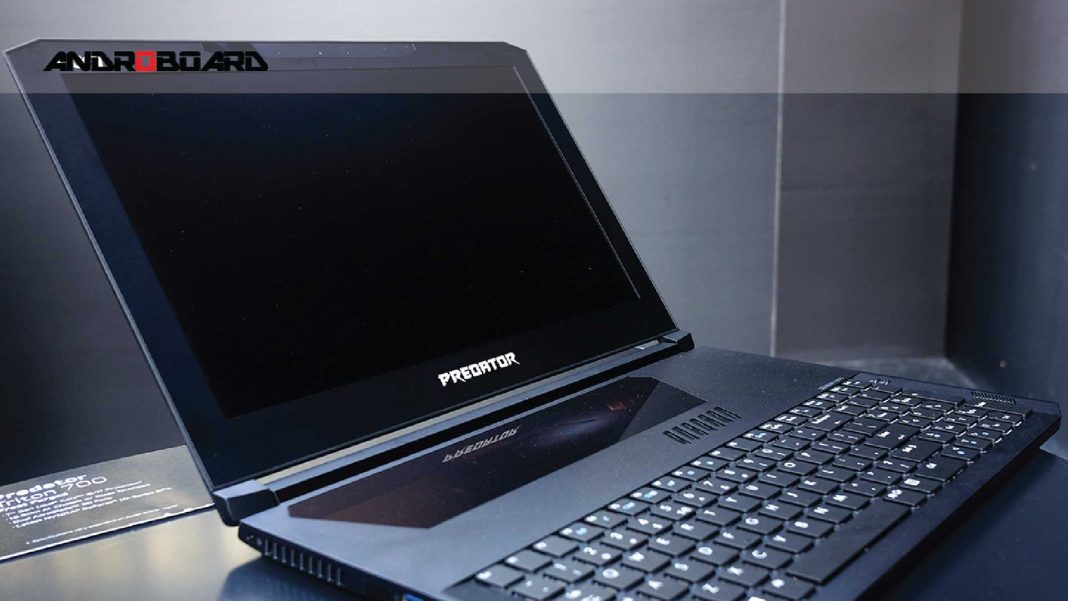 Gaming notebook enthusiasts will be overjoyed to hear about the thin and portable Acer Predator Triton 700. Acer announced their new Triton 700 series gaming laptops on April 27 in New York City. At just 18mm thin Acer claims it’s the fastest gaming laptop around netting a 17,000 score on 3DMark besting the competition by significant margins.

Acer claims its new 15.6-inch notebook delivers “compromise-free gaming,”. Thanks to its cooling solution called AeroBlade. The manufacturer also had to employ the use of a different GTX 1080 chip called the GTX 1080 Max-Q. It certainly has some interesting design choices, such as the transparent Gorilla Glass touchpad that sits above the keyboard. There is a weird track pad above the keyboard, which Acer tried years ago with the Aspire R7. This time around, however, it’s see-through, which is a unique twist.

Designed to strike a balance between features and weight, this giant is touting a GTX 1080 underneath the hood. To achieve this level of portability and weight of just 2.6KG, not only did Acer have to use a completely different. In hand, the laptop is not light, but it is quite thin, and the all-metal chassis felt high quality. The mechanical keyboard is also a nice and feels like the Razer Blade Pro.

The laptop features a quad-core Intel CPU, a yet unspecified NVIDIA GPU, 16 GB of memory, as well as a mechanical keyboard. Meanwhile the laptop measures in at just 18.9 mm thick and weighs around 2.6 kilograms. The Acer Predator Triton 700 comes with a 15.6” FHD display. It is based on Intel’s Core i5-7300HQ or Core i7-7700HQ processor, depending on exact model. The laptop is equipped with 16 GB of DDR4-2400, up to two 512 GB SSDs, Rivet Networks Killer DoubleShot Pro network solution (featuring a 2×2 802.11ac Wi-Fi and a GbE controller), Thunderbolt 3 connectivity, and other features one would expect from a high-end laptop.

Wrapping things up, the Acer Predator Triton 700 gaming laptop will be available in Europe and North America this August. MSRPs will start from €3399 and $2999, depending on configuration, with exact specs and prices varying from market to market.